What does the LxBy indicator mean?

|In Technology
|By Luxon

LEDs tend to wear out naturally, so their light intensity decreases as time goes by. It doesn’t mean, however, that these LEDs are damaged. Their durability is described with the LxBy indicator, which informs us when our LED luminaires are expected to expire, taking into account their use in a given period of time. What these parameters actually mean and how they should be interpreted correctly?

The standard to measure ratings of LEDs was developed in 2011 by the Illuminating Engineering Society (IES). It described not only the measurement process, i.e. how to measure LEDs’ ageing and lifespan, number of samples and measurement method (known as LM-80-08), but also provided a set of auxiliary data with equations, statistical analysis and a suggested way in which these data should be analysed. It led to the creation of the standard of lifespan of LEDs. Nowadays, the methods used to describe LED modules’ degradation in luminaires are described in PN-EN 62717:2017.

There are two indicators provided in PN-EN 62717:2017, so we need to analyze two values together.

The first of them is the value of L, which specifies the minimal luminous flux that will be maintained for a specific time; this information should be provided by the luminaire manufacturer. In other words, it measures the decrease in the intensity of the luminous flux. In practice, this means that after the indicated time, the LED will have x% of its initial brightness. In the case of L80B10, it will be 80%.

Gradual degradation of LEDs depends on many factors. A luminaire should be replaced when it reaches 80% of its initial luminous flux. This applies to indoor lighting and is a widely accepted standard for offices. In the case of street lighting, L is 90%, as a market requirement. 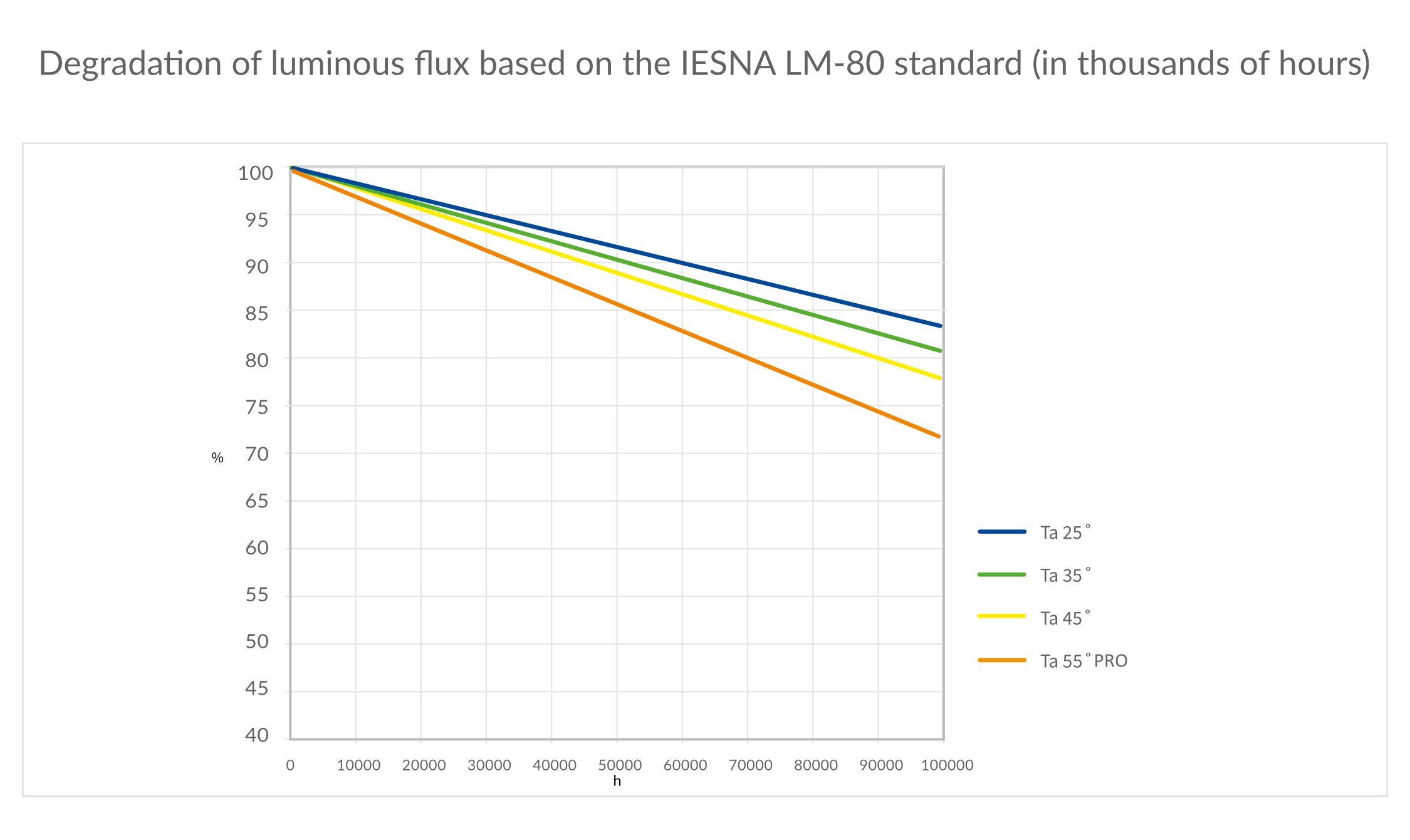 B – a parametric failure

The value of B applies directly to the value of L. It’s the second indicator described in the PN-EN 62717:2017.

It is a statistical value which indicates the probability of a parametric failure (decrease in the initial luminous flux of x%) after a given period of time. In the case of L80B10, it means that:

after a specific time expressed in hours, a maximum of 10% of LEDs in the LED module will not meet the condition given as Lx – in other words, 10% of LEDs will have a brightness of less than 80% of the initial luminous flux.

B can also have a different kind of value, e.g. B50, which is defined as the average lifespan of the LED. Using such a parameter offers a longer expected lifetime of the LED module, but it should be emphasized that it also allows a bigger level of LED degradation when compared to the initial luminous flux. In practice it may lead to problems with maintaining the expected lighting intensity on the site.

Therefore, 50000h L80B10 should be understood as the time during which the luminous flux emitted by 90% of LEDs is no lower than the declared 80% of their initial value after 50,000 hours of work in a given ambient temperature.

Other entries about technology 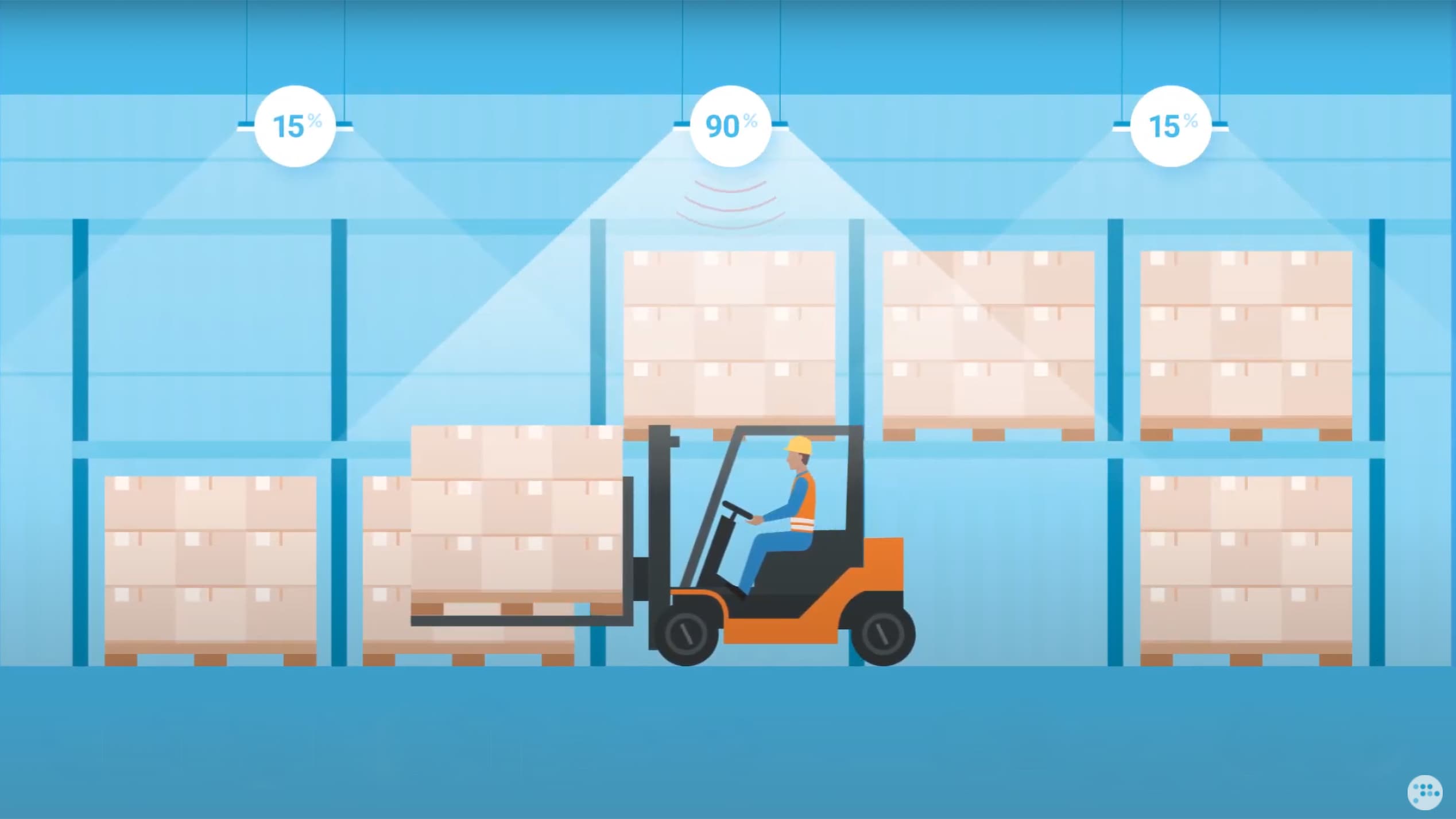 What is DALI protocol? The advantages of smart lighting systems

The 21st century has seen inevitable advances in technology that most business owners are trying to keep up with. Smart-controlled lighting is an improvement that brings increased employee comfort while saving electricity, the price of which is constantly rising. 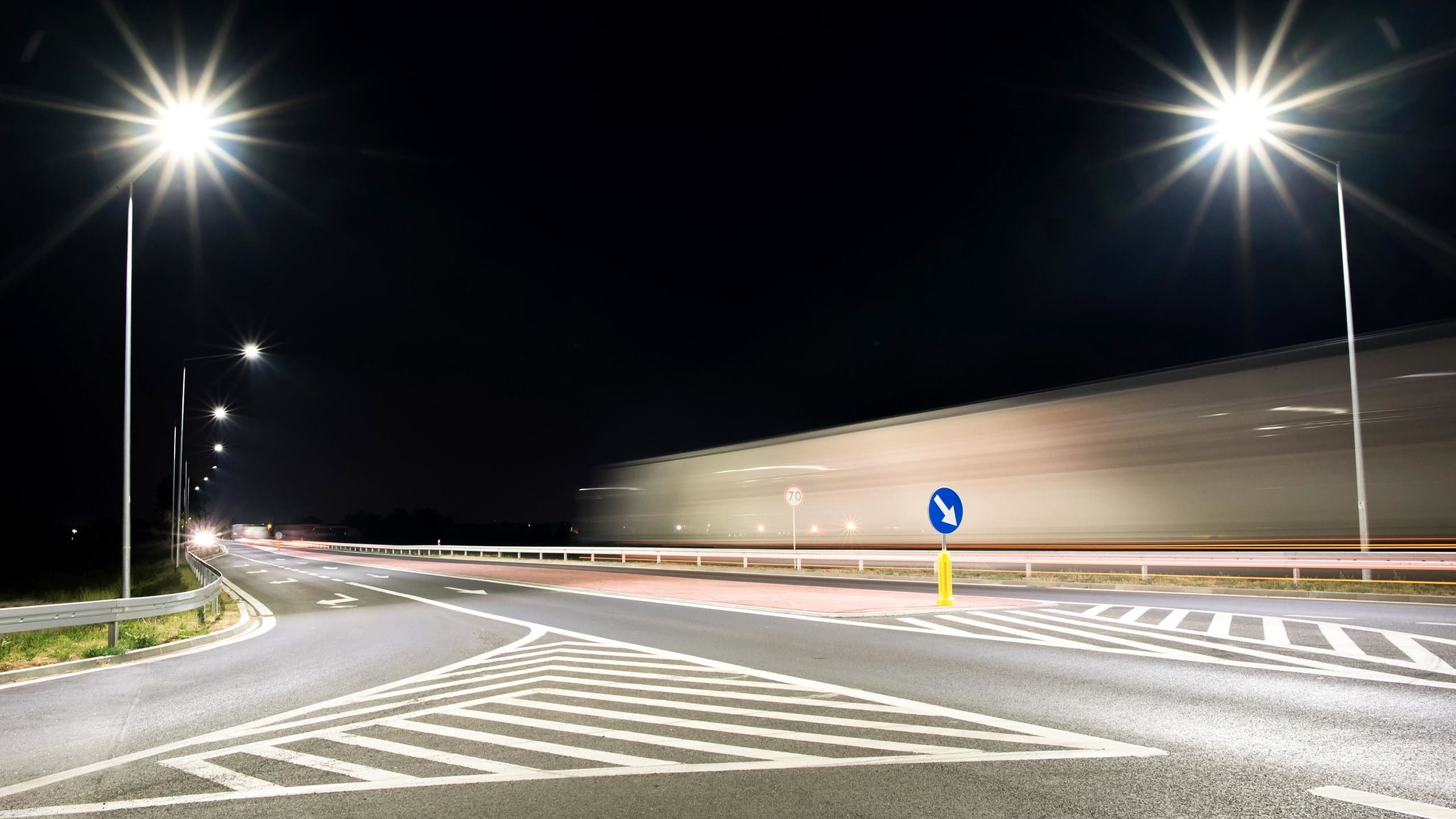 ENEC certification – what is it and why is it so important?

Electrical products carry various marks and certifications. Nowadays, the most popular are the CE mark, which you are sure to be familiar with, and ENEC. The products, whether on the national or European market, could not be sold without the CE conformity. This marking is granted independently by the manufacturer. Another type of product certification is the ENEC certificate.